An 18-year-old Poodle was surrendered to the shelter by his owners because he ended up with arthritis, the wife didn’t like him, and they said he was “stupid.” Figgy was so small, blind, and scared and had no idea what was going on at this point in his life. Muttville Senior Dog Rescue was not going to let this dog spend his last days in a cold, hard shelter, so they rescued him and called an experienced hospice mom named Eileen. And she thought Figgy was just perfect. You could tell the dog felt better right away in the arms of his new mom. 🙂 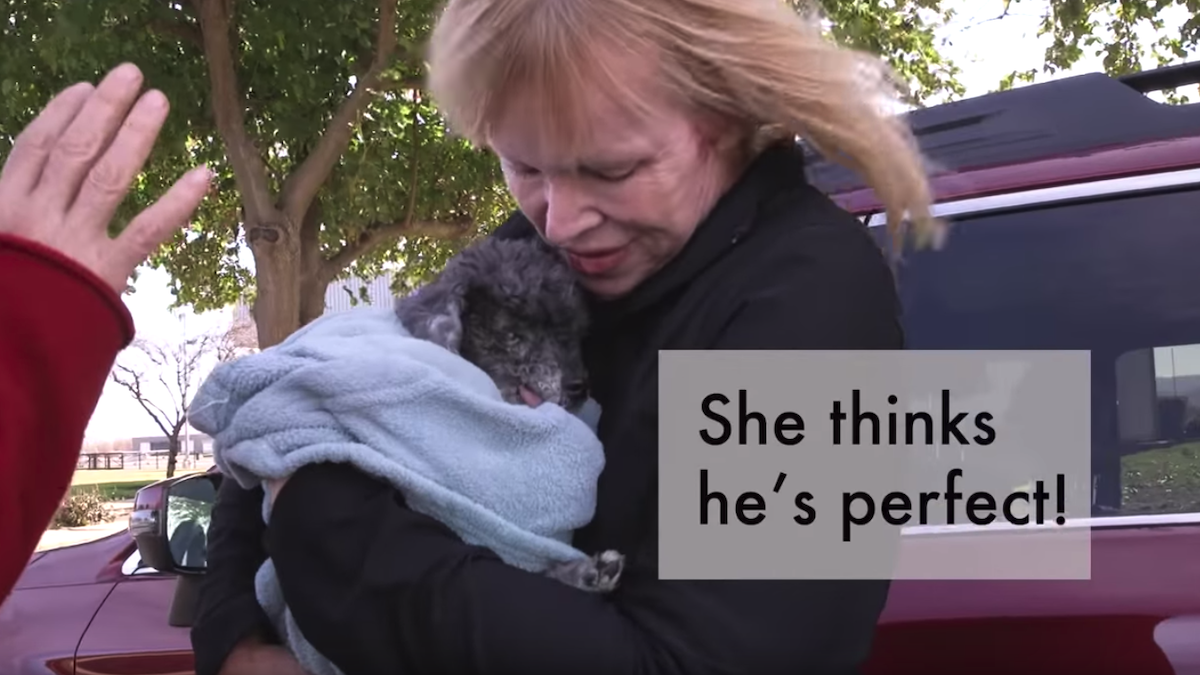 Figgy was then off to his new home for the holidays! He’ll spend whatever life he has left surrounded by true love and happiness.